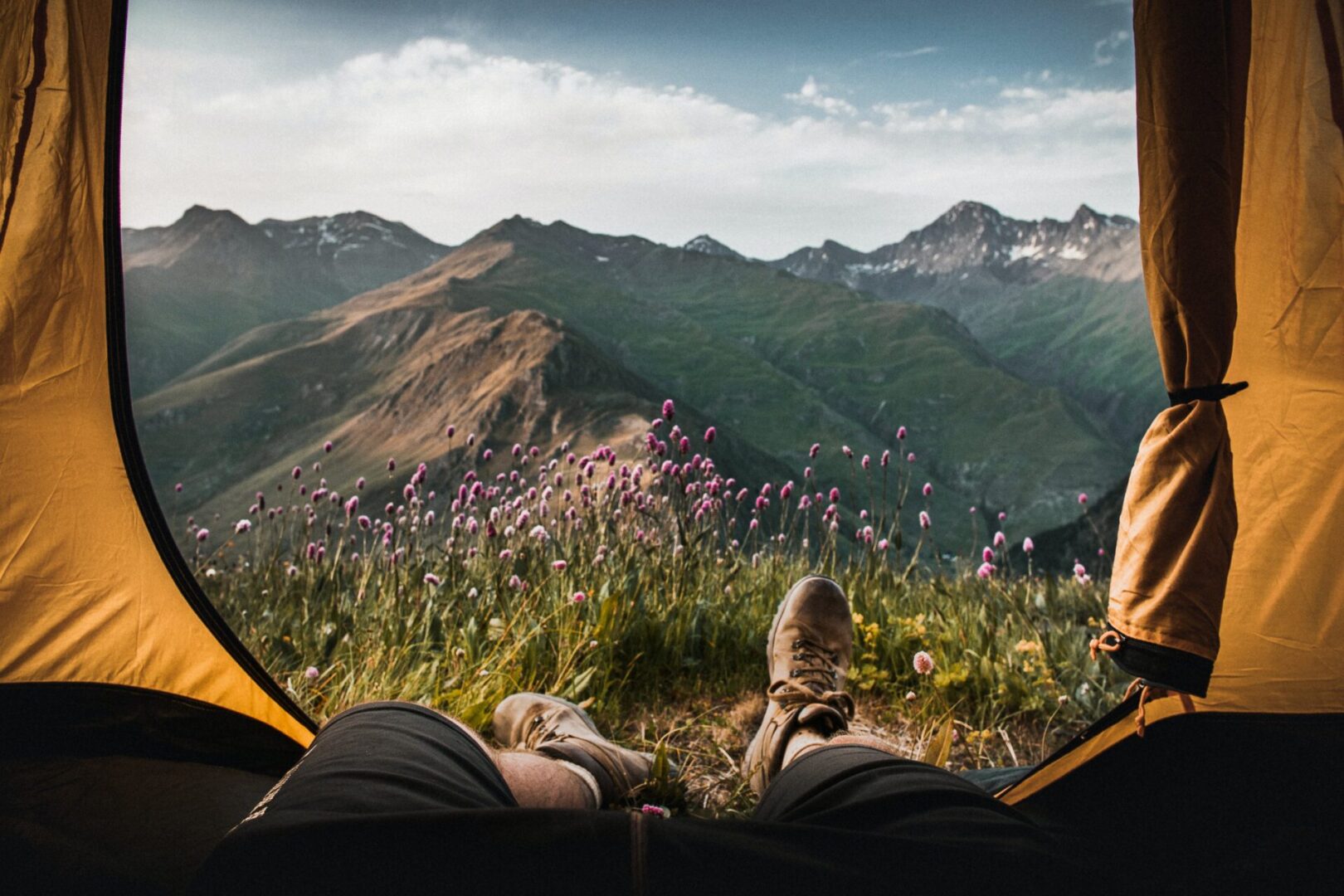 Who doesn’t like to commune with nature every once in a while? After all, nature offers some of the best medicine for stress relief and physical exercise (e.g., hiking, biking, jogging, walking). But here is another subtle benefit you don’t tend to think about: relationship building. Yep, I believe nature provides the atmosphere for solidifying relational bonds. Camping can serve as the conduit.

Campfires have much to offer besides warmth and s’mores. I remember my parents sitting around the campfire talking and laughing while sipping hot cocoa with other Coosa Campers’ Club members. Sometimes Mr. or Mrs. Graves would pull out the campfire gadgets to make fried apple pies or popcorn. What a treat!

As I look back, those were golden years as our family would go on weekend camping trips with the Camper’s Club. One night was always dedicated to a potluck meal where delicious Dutch oven and camping recipes graced the table. Our family of five also attended the statewide camping association trips and occasionally the national camping association conventions. Each state hosted an event or food indicative of their state. I enjoyed attending hospitalities such as square dancing or craft-making.

One event that happened every year was the Teen Queen competition. Participating clubs selected a teenage female to represent them as their Teen Queen. This might involve a friendly competition within the club. It was considered an honor to win. We held our breath each year to find out who would be our Coosa Camper Teen Queen. The winner advanced to the state level competition. As with most pageants, the judging criteria included talent, bathing suit, hospitality, beauty, and charisma.

When my turn came, I participated wholeheartedly in the Alabama Teen Queen competition. I was not at all disappointed to be chosen First Runner Up and Miss Congeniality. Truth be known, I was actually relieved. Had I won, I would have been obligated to compete for the national title, which would have delayed my summer college start date (not to mention the joke of being a beauty queen . . . on a national level, no less).

The Family that Stays Together Camps Together!

Our family camping trips extended into family vacations. Mother and Daddy graduated from a tent to a used pop-up trailer. No more sleeping on the ground and sliding off blown-up floats in a sleeping bag. Daddy drove the trailer across the country and into Canada. We saw all kinds of landscape and landmarks. Now I know it was the only way we could afford to take vacations. Nonetheless, my sisters and I didn’t complain. Campgrounds often had swimming pools and occasionally horseback riding.

There were two primary concerns when camping: 1) the distance of your campsite to the bath house and 2) the weather. Rain was never fun since we would all be stuck inside the camper. Cards or board games helped pass the time. We encountered a hurricane or two, which was scary.

In spite of the disadvantages, my love of the outdoors and camping stayed with me into my married life. My husband Parky was an Eagle Scout so he enjoyed camping. We went on a few tent camping trips early in our marriage, but I was thrilled when he purchased a pop-up trailer. We decided a once-a-month weekend trip would balance out our job stress issues. Plus it would be fun to take the dog(s). The plan worked for a while until Parky joined a scout troop that camped once a month. Our trips became less and less as responsibilities at home became more and more. The trailer remained in the garage for months at a time. It got to the point where we only took it out once a year for the annual Crawfish Festival in Faunsdale, Alabama. We attended this event for over a decade until it was discontinued. But we enjoyed the campground so much, we still went every spring. My sister and her family would join us.

This year marks twenty-five years since the purchase of our 21-foot Fleetwood pop-up camper. Parky informed me that he no longer wanted the hassle of hooking and setting it up. He prefers to rent a cabin.

Recently the day came for me to say goodbye. Selling our camper touched a soft spot in my heart. I’m sad really – sad that I will find myself disconnected from nature somehow; sad that I will miss the joy of flickering campfires; and sad that setting up camp will be no more. I’m just sad to see it go. I’m gonna to miss that morning campfire toast.

I’m thankful for all of the memories that will carry me through the rest of my life. I am blessed to have been introduced to camping by my parents and to have continued that enjoyment with my own family. I consider myself a worthy camper even though Parky calls me a fair weather camper. OK, I confess, it’s true.

Hey, I know. Maybe I can convince him to buy an RV! What do you think?