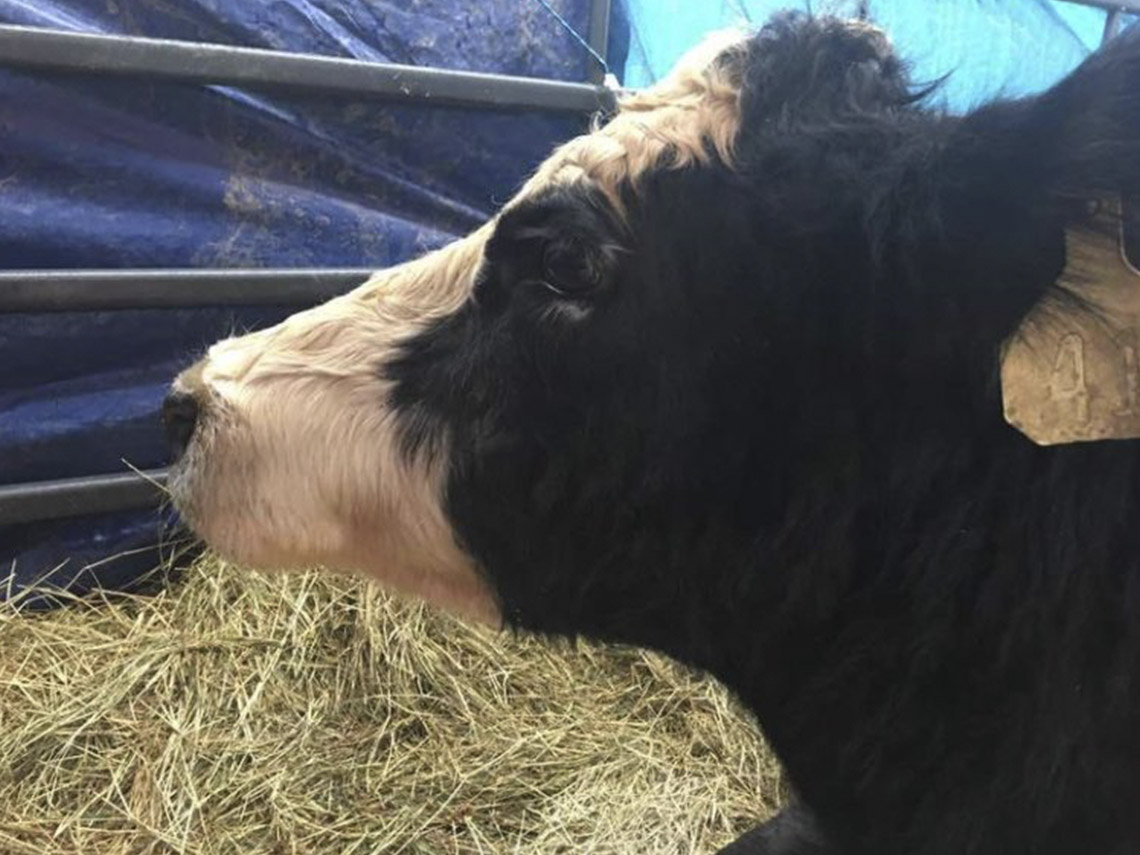 I’m a huge animal lover. I think as the years go by, I get softer and softer in terms of my compassion for animals. I can tear up at the sight of a sad-looking puppy behind the cage bars on a mailing or a carcass lying on the side of the road. Just the thought of animal cruelty in any form touches my soul. I have to change channels from tear-jerking ads on TV that highlight fundraising efforts for the Humane Society. I see animals as God created them – part of His creation to be cared for by man. God gives His blessing to man in the very first chapter of Genesis saying, ‘They [human beings] will reign over the fish in the sea, the birds in the sky, the livestock, all the wild animals on the earth, and the small animals that scurry along the ground.’

My heart was saddened recently when my two-year-old red-and-white Irish setter, Rio, accomplished his mission in life to capture one of the chipmunks in our backyard. I knew something was awry when he didn’t come to the fence to get his dog treat. So I opened the gate and wandered into the backyard only to find him delightfully flipping the poor, freshly killed chipmunk up in the air. He acted as if he had found a new play toy. To my horror, I grabbed two sticks and “chopsticked” the munk to carry it to its final resting place – the garbage can. Rio appeared dismayed and bewildered but quickly recovered with his banana and yogurt dog treat.

I found myself wondering if the chipmunk was a mother and if her munk babies would miss her. Or in the event if the “she” were a “he,” had it scratched out a home underneath the bricks lying beside the fence where his family waited for food. I wondered how Rio could have captured a chipmunk since they are so fast. Obviously it didn’t make it outside of the chain link fence surrounding our backyard. Poor munk. Although my husband praised Rio’s efforts, I secretly hoped all the cute chipmunks in our backyard, the small animals that scurry along the ground, could find peaceful refuge.

While that story didn’t end well, the one I came across on our NextDoor Neighbor chat site did. Josephine, the black spotted cow, had been down for almost two weeks. All vets and cattle owners advise that after three days euthanasia is in order to avoid sepsis and death. But this neighbor refused seeking help over the neighborhood site looking for a sling or hip hugger to pry Josephine up. Many comments were made, prayers were sent up, and suggestions were provided. Nothing was working in spite of valiant efforts. Josephine still lay on the ground getting weaker by the day. Finally, someone purchased an Upsi-Daisy lifting mechanism, which did the trick. As Josephine slowly regained strength, her calf Tiny Mike was allowed to rejoin her.  Josephine continued to be hoisted for standing therapy until she was finally released to go back out into the pasture with the other cows. Josephine is now happily munching on green grass and showing signs of pregnancy.

I don’t know about you but that story warms my heart. Here is a prime example of how man has taken care of his livestock and gone the extra mile to save a cow’s life. In a world that is so full of animal cruelty, I count this as a blessed reminder that man still has the innate desire to fulfill the job criterion assigned by the Lord Himself. I bet you’ve encountered many a story where you’ve seen the dominion of man care for an animal, great or small. Please share it as I am encouraged by the animal lovers of the world.