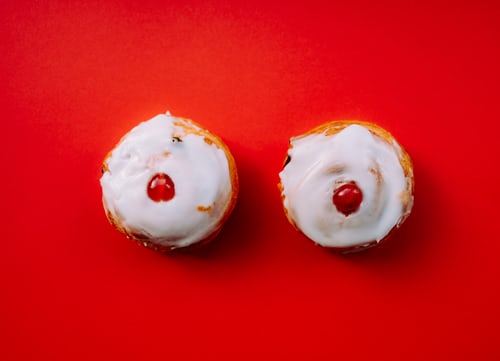 October is Breast Cancer Awareness month which causes me to reflect upon my own experiences as well as be cognizant of the importance of breast cancer awareness. Recently I was telling someone about how it seemed unlikely sixteen years ago that I would ever be able to say I was a cancer survivor for that length of time. I remember being envious of such people and wondering how long my “fill-in-the-blank” (time) would be. But here I am, blessed to join the ranks of long-term survivors. To be a part of a sisterhood that supports one another regardless of our age and survivor span. I didn’t always relish the “survivor” label though. Trust me, I’ve come a looong way, baby.

Following my treatments, I didn’t want to be identified as a survivor. The label was a constant reminder of something I preferred not to be reminded of. It felt threatening somehow as if to hold me back from my hopes and dreams. The label redefined who I was and in my mind begged the question, “How long will I be a survivor?”

As a survivor, I felt obligated to be courageous through any and every trial I encountered. But more than anything else, being a cancer survivor identified me with countless other survivors with whom I wasn’t ready to be identified. Maybe this was discouraging to me because some of those survivors experienced the cruel re-visitation of cancer. If I simply ignored my current status, could I avoid being one of those second-round survivors? But a nagging and greater question arose: was I unconsciously denying the glory God had in store because of the trials I had faced and now survived? Oh, may it not be so!

My sister Nancy made no bones about it as I struggled with my controversial label. She said, “Tough, that’s what you are now – a survivor. Get used to it.” It jolted me into accepting the reality that she was right. I was going to have to find a way to get used to it but how?

We confine ourselves when we live within our own expectations rather than being open to adopting God’s plan for our future. In Jeremiah, we see that not only does God have our future charted before our very existence, but our future is one of hope. Are we willing to submit to it?

I began to soften with my new survivor label at the Susan G. Komen Race for the Cure, an organized fundraiser for breast cancer research. I agreed to go on the one-mile walk although I was still wearing my wig. My scars were half-healed and my skin was red from the radiation treatments I had just completed. I chose not to wear the telltale pink tee-shirt given to cancer survivors in the race so that I would not be identified as such. I stood on the back row when the survivor photo was taken wanting to hide. But that was all about to change.

I was invited to walk Pink Ribbon Lane following the race. This was a decorated walkway dedicated to survivors lined by cheering bystanders. Reluctantly, I strolled the path amid joyous shouts from hundreds of people waving pink pom poms. Tears streamed down my face as I felt the tremendous outpouring of support for the victorious battle I had fought and won not only by me but by every survivor there on that beautiful October day. I had not stopped to look back over the past eight months as I had trained myself only to look ahead. But that day I gave myself permission to reflect.

I silently bonded with all of the other survivors that day. Not just in Birmingham, Alabama, but around the country, around the world. I became an adopted member of the “cancer survivor family” and the Pink Ribbon Sisterhood. Each of us had confronted our enemy, planted our flag of victory, and danced around it in joyous celebration. We were a symbol of hope – hope for those who had lost loved ones, hope for those who were yet to be diagnosed, hope for those who were diagnosed with a poor prognosis, and hope for one day finding a cure. All at once the label of “cancer survivor” felt right, worthy and noble. The image of being a survivor found a home within me – something to be proud of, not something to hide.

As I completed my walk down Pink Ribbon Lane, I prayed a prayer of thanksgiving knowing it was God – not medicine, not me, not man, but God – who had brought me to this point. And it was God who gave me a memorable and unexpected closure to what I refer to as Phase I.

Now I’m in Phase III having successfully navigated through Phase II of the immediate aftermath of cancer with less frequent doctor appointments, diet modifications, scar healing, bodily tissue changes, unexpected flashbacks, daily medication, regimented exercise, new hairstyles, and a leftover bag of wigs, hats, caps, and accessories. Phase III brings with it a more settled mindset. I don’t think about cancer recurrence every day now though it still pops into my thoughts. I am no longer taking any kind of cancer prevention medication having had to discontinue it due to cumulative side effects. I still see my oncologist every year for which I am thankful. I am also thankful for my health and include that often in my prayers.

I had the privilege to celebrate with Susan G. Komen again just last week in a fashion show. I walked a path, specifically a runway, as a breast cancer survivor to demonstrate the hope previously described while modeling a dress from the sponsor. Until I was writing this blog, I had not made the connection with the Race for the Cure sixteen years ago. (Let me stop to catch my breath and offer a prayer of gratitude.) It felt so good to be amongst surviving sisters. (I literally have a surviving sister, too!) An immediate bond was evident even as we scurried around readying ourselves for the show. Most of us did not know one another but that soon changed. I have more new friends now with a beauty like no other.

I wonder if we will have pink halos in heaven?

Much of the material in this blog is taken from my book “Confronting Cancer with Faith” available through Amazon.