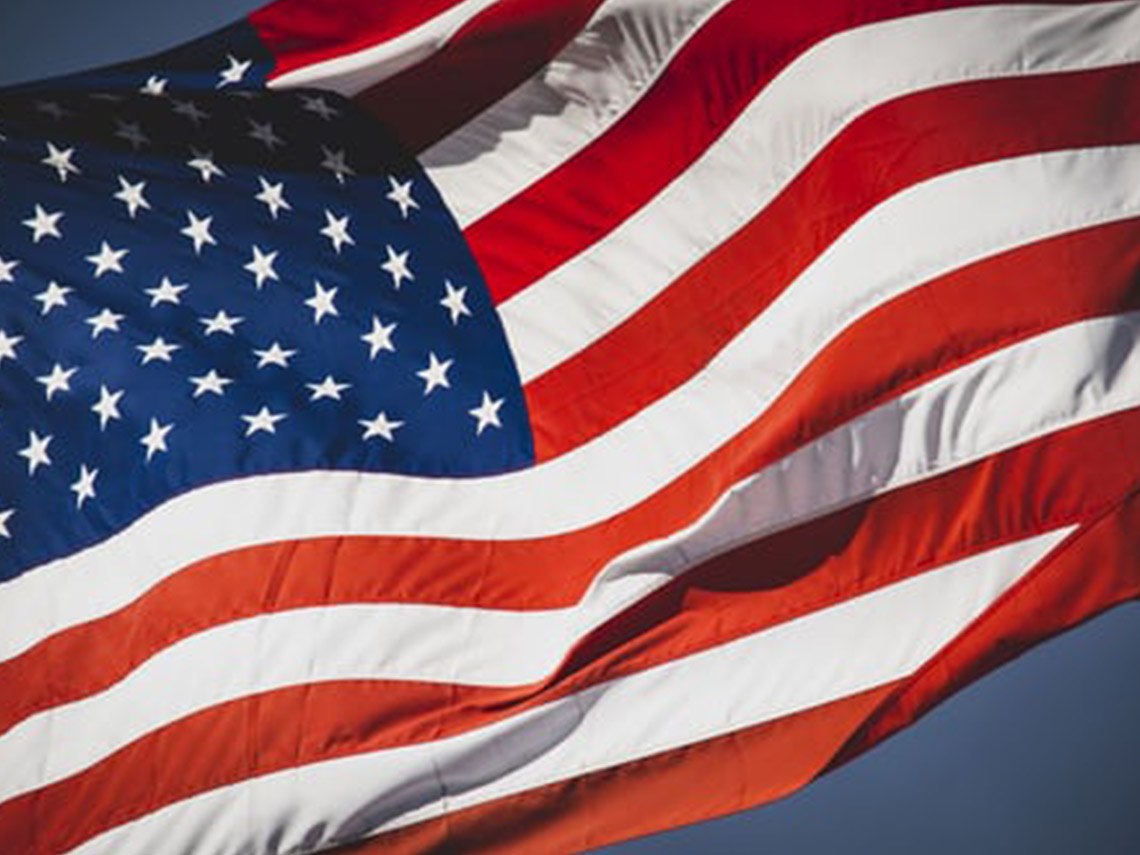 I am proud to be an American – to live in a country that allows me to pursue happiness the way I see best for me. I enjoy the freedoms to worship, to carry a Bible, to own a house, to drive a car, to have food on my table, to travel to places I have dreamed about, to invest money how I choose, and to have worked in a respectable job that now affords me a pension. When I hear our national anthem, I choose to honor my country by placing my hand over my heart. One of my favorite memories of my Dad is seeing him stand upright, eyes straightforward, and hand squarely on his heart whenever he heard the national anthem being played. I can’t hug my country like I could my Dad but I can show my love through respect.

Because of my genuine love and naïve belief that everyone loves this country, the first time I saw someone “take a knee” when the national anthem was played, I sincerely thought it was an act of zealous demonstrative respect. “Awww,” I thought, “look at that.” I think I even got teary-eyed. Imagine my sore disappointment and absolute disbelief!

The flag for my country demands my respect as well. To borrow from the sentiments of Marine MSGT Percy Webb, the American flag is the emblem of the greatest sovereign nation on earth and the inspiration for which American Patriots gave their lives. The red stripes symbolize the blood spilled in defense of this glorious nation. The white stripes signify the burning tears shed by Americans who lost their loved ones. The blue field is indicative of God’s heaven under which the flag is flown, and the stars clustered together signify the unity of 50 states. “Old Glory” is our flag’s nickname that proudly waves for the United States of America. Old Glory not only leads soldiers into battle but it accompanies the honored dead to their final resting place. Civilian service members (i.e. police officers and firefighters) are also given due respect by Old Glory.

Before being handed to the spouse or next of kin at a ceremonial burial or after being lowered from a flagpole, Old Glory is folded 13 times. Each fold has a meaning. The meanings are based upon an America who believes in God Almighty for whom this country was established. Here are the abbreviated meanings for each fold:

The stars are uppermost in a folded flag reminding us of our nation’s motto, “In God We Trust.” Once a flag is folded and tucked in, it has the appearance of a cocked hat, reminding us of the many soldiers, sailors, and marines who preserve the rights, privileges, and freedoms we enjoy today.

I remember as a Girl Scout at summer camp serving in the color guard. We would raise the flag first thing in the morning and lower the flag in the evenings. Everyone circled the flagpole for the ceremony. The color guard marched in silence to conduct the raising and lowering. The hoisting was to be done briskly while the lowering was to be done slowly and ceremoniously. We practiced making sure it was done correctly including the 13-point folding.

Today, my husband, an Eagle Scout, will not allow me to leave the flag outside of our house during the nighttime hours or when it rains. We also had to purchase a new flag when the current one was beginning to show wear and tear. I gave the old one to him to dispose of properly. (You would be correct in assuming it is rather challenging to fly a flag at the Allen household!)

One of my writer friends, Eddie Burchfield, is also a chaplain and veteran. He wrote a poem I’d like to share titled “The 4th of July.”

I wonder how many Americans had to die so we could enjoy the 4th of July.

244 years it has been
Since from the British we have been free –
To establish a country free from tyranny.

On July 4, 1776
The Declaration of Independence was wrote –
That life, liberty, and the pursuit of happiness
Would be words we all would quote.

We recognize no king but Jesus
America was founded after an awful fight –
That all men are created equal
And from Him we have certain unalienable rights.

Patrick Henry was a passionate man
Full of patriotism and grit –
Spoke some words with bated breath
“Give me liberty or give me death.”

He also said if we wish to be free
We must fight
But we also need to walk in God’s holy light.

God bless America
The land of the free –
Let us never forget
What this country means to you and me.

Truly we are blessed as a country and as individual countrymen and women. Pray for our country, its leaders, and its military. May God continue to bless America, land that I love.

“Godliness makes a nation great, but sin is a disgrace to any people” (Proverbs 14:34).