“Surely there can be no greater joy than that of saving souls.” Lottie Moon, missionary to China 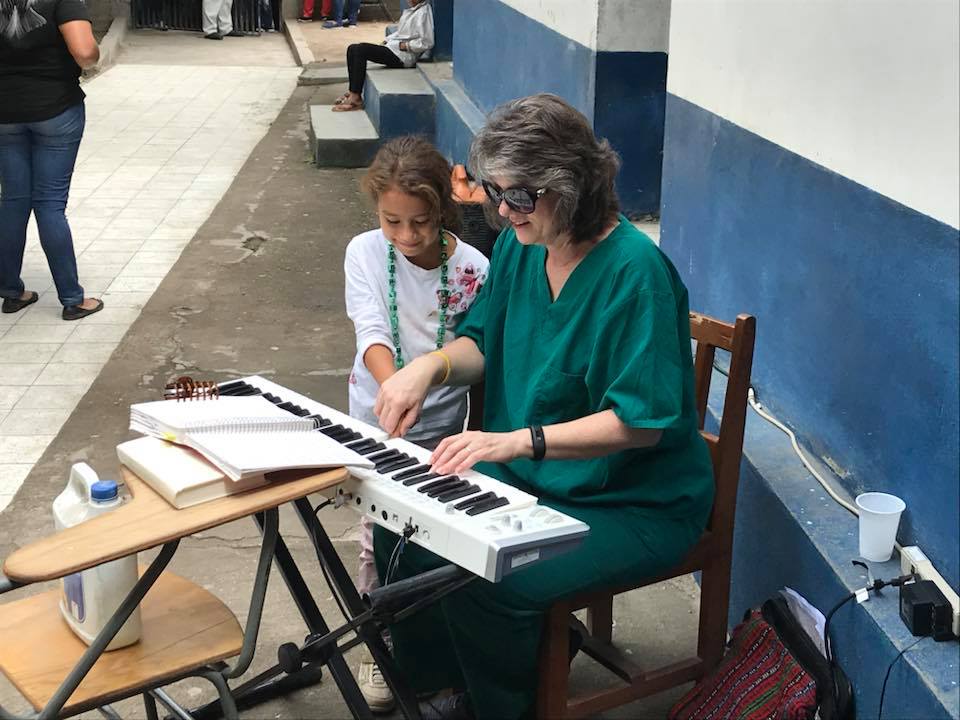 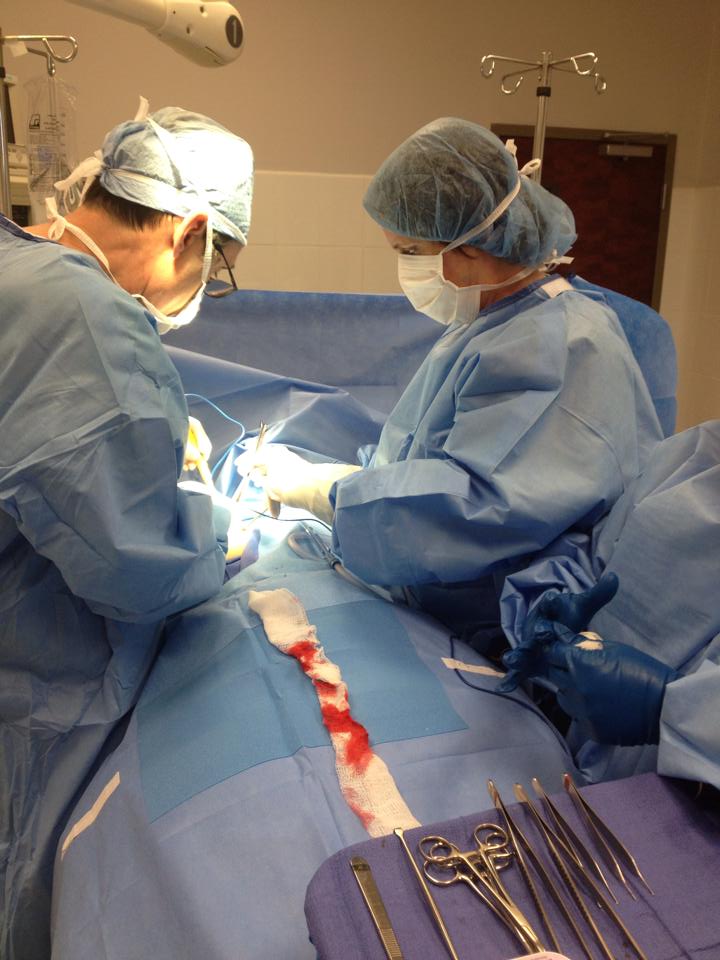 My very first international mission trip was a medical mission trip to Venezuela over 20 years ago. Ever since then, I wanted to go on another medical mission trip. When my church decided to join forces with a church in Arkansas, it was the perfect time. Through the ministry of Baptist Medical and Dental Mission International (BMDMI.org), we spent one week providing much needed medical and surgical care to the Honduran residents near Guaimaca. We’ve been going ever since 2014 partnering with Arkansas and BMDMI. Our focus is on medical ministry with some adaptations from year to year. We typically set up makeshift clinics in remote villages, sometimes high in the mountains. Or it may be in conjunction with a surgical team at the BMDMI compound. Dentistry has recently been offered from our team. I have assisted in a number of capacities including a surgical assistant, sterilizing technician, pharmaceutical assistant, dental assistant, childcare service team member, craft maker, singer, and music therapist. In addition to all of my unique roles, I also found myself teaching music to a local church member with whom I have developed an ongoing international friendship. God has truly placed within me a desire for short-term missions on the international mission field. 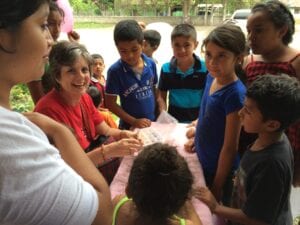 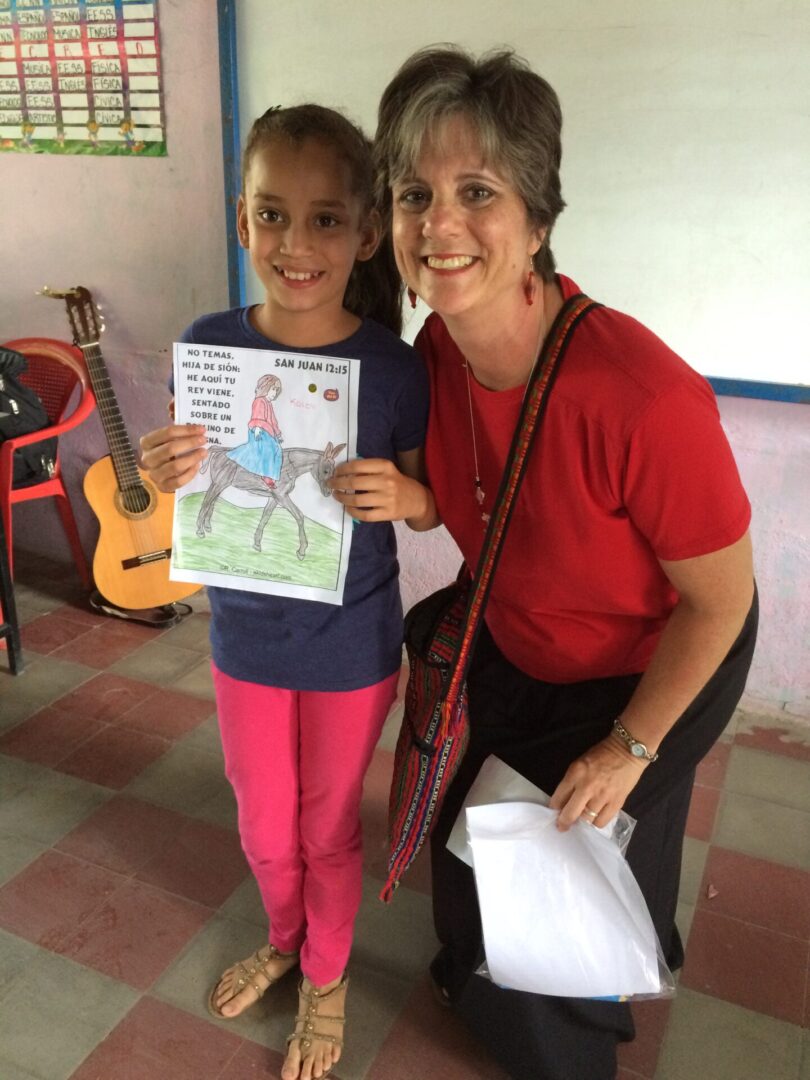 "Jesus spoke to the people once more and said, 'I am the light of the world. If you follow me, you won't have to walk in darkness, because you will have the light that leads to life.'"
John 8:12

India is a country of over 1 billion people with only ~2% Christians. There are numerous people groups within India that have never heard the name of Jesus. One of them is located in the northeast corner in the state of Assam. In 2006 our church adopted this group to bring the word of Christ into their villages. Several representatives including my husband have visited the area and surrounding states many times to show the Jesus film in the people’s heart language. Because of the positive initial response, we decided to host a conference to bring all of the villagers together to teach them more about discipleship. The first conference was held in September 2008. Other conferences including a women’s conference have been held since then. I have grown to love the country of India and its hospitable people. I have even acquired a small wardrobe of Indian attire! 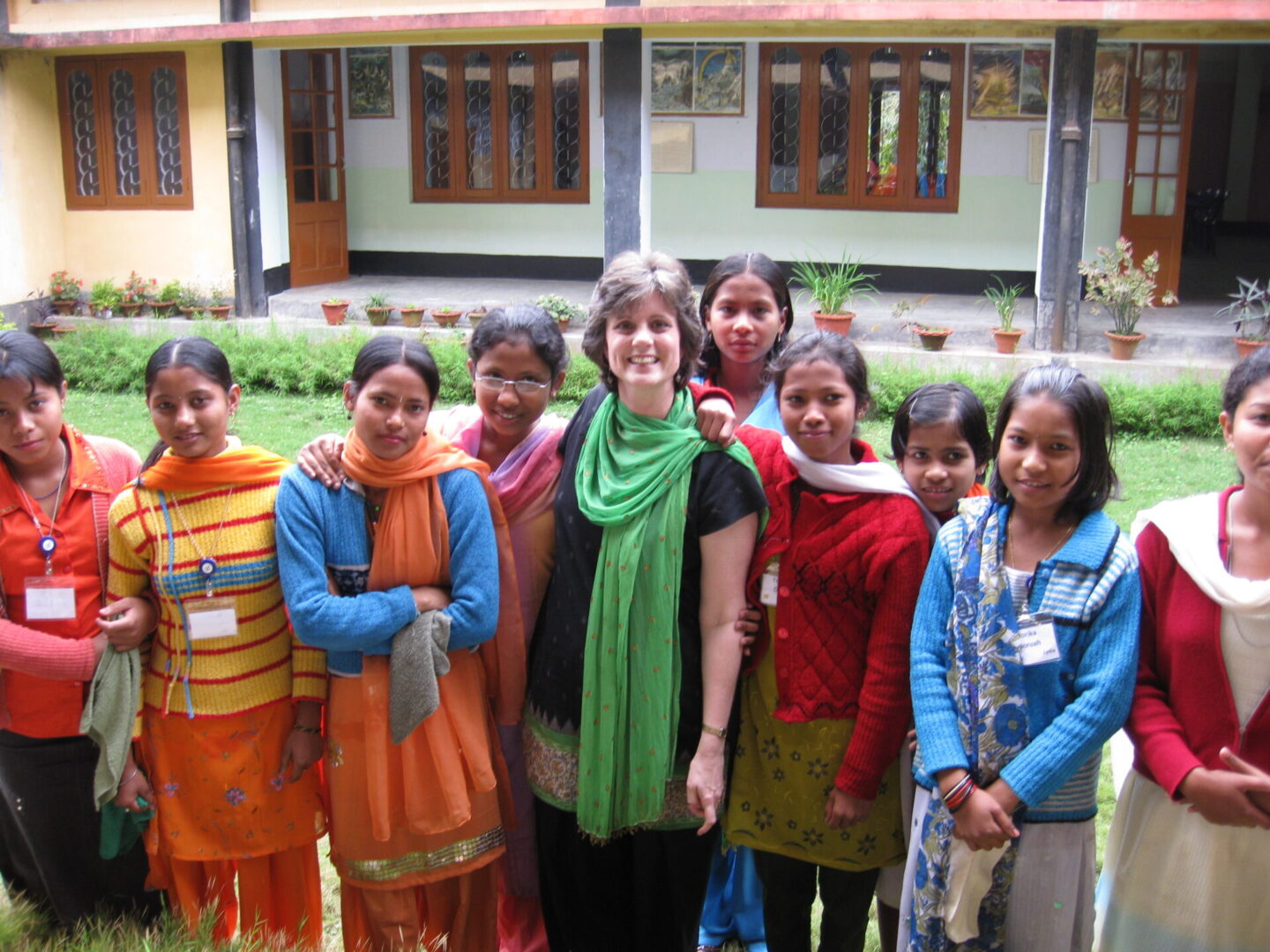 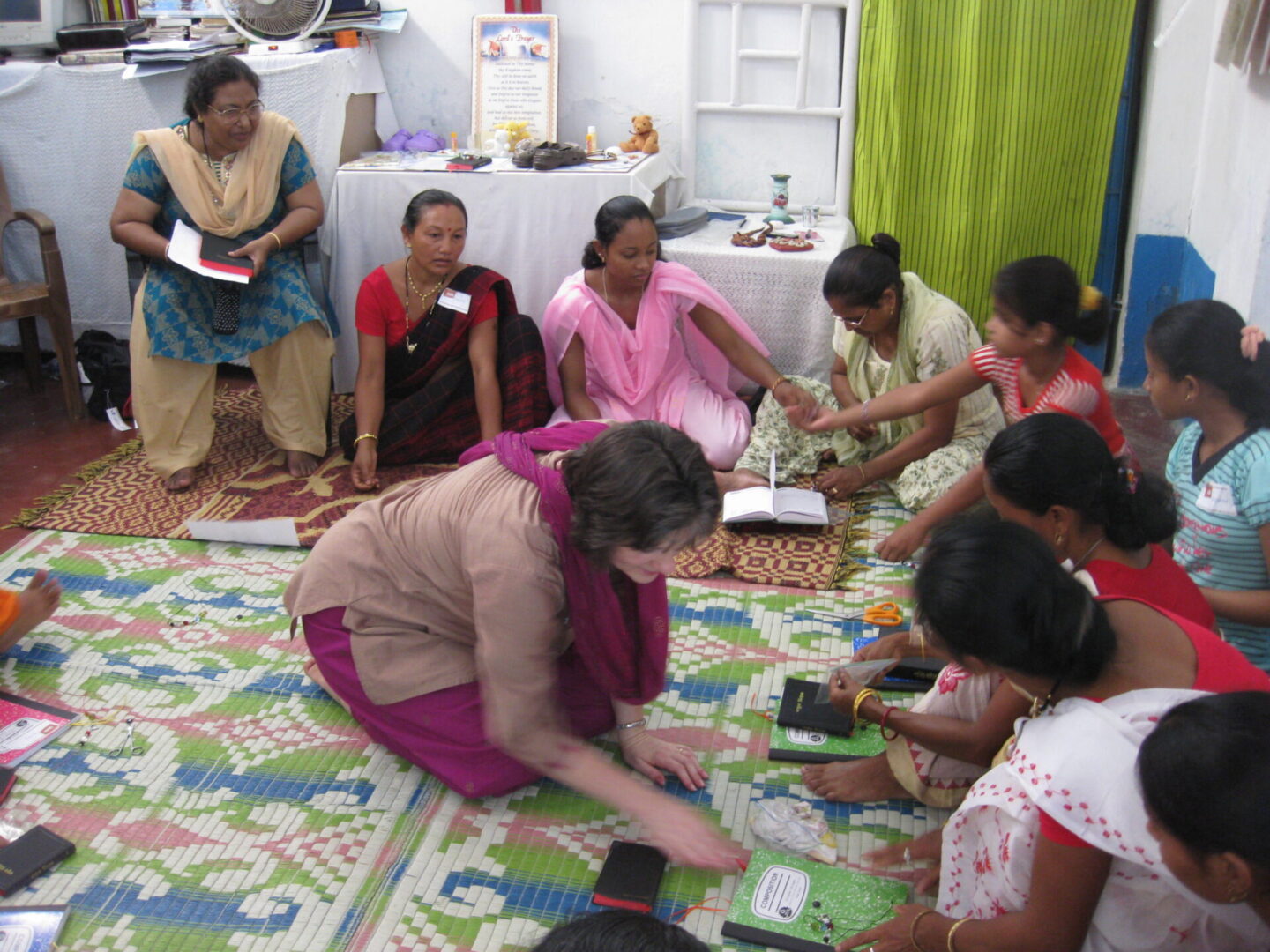 I also visited in another capacity while serving as a Board member for Transforming Leaders in Asia (tlaministries.org). Reverend Dr. A. K. Lama and his wife Asangla kindly hosted me on several occasions allowing me to minister in hostels, speak at conferences, lead in worship for seminars, visit hospitals, and share my testimony. I don't think I've ever been more energized in my singing than when I sang before the people of India. I also had the joy to assist once in the dedication and presentation of motorcycles sponsored by TLA to young pastors needing reliable and independent transportation for their evangelistic efforts. You, too, can be a part of the ministry expansion of TLA to equip, encourage, and empower its leaders.

“I will thank you, Lord, among all the people. I will sing your praises among the nations.” Psalm 57:9

Global Missions Project (globalmissionsproject.com) sends music mission groups all over the world telling the good news of Jesus through music. Jazz groups and orchestras are composed of volunteers who love Jesus and have played an instrument for at least three years. I serve as a pianist (keyboardist) in the Celebration Orchestra. My first trip was to Germany in 2022. I have also been to Paraguay and plan to go on future trips. What a blessing to combine my music skills and my love for missions. I have also fostered new friendships nationally and globally. 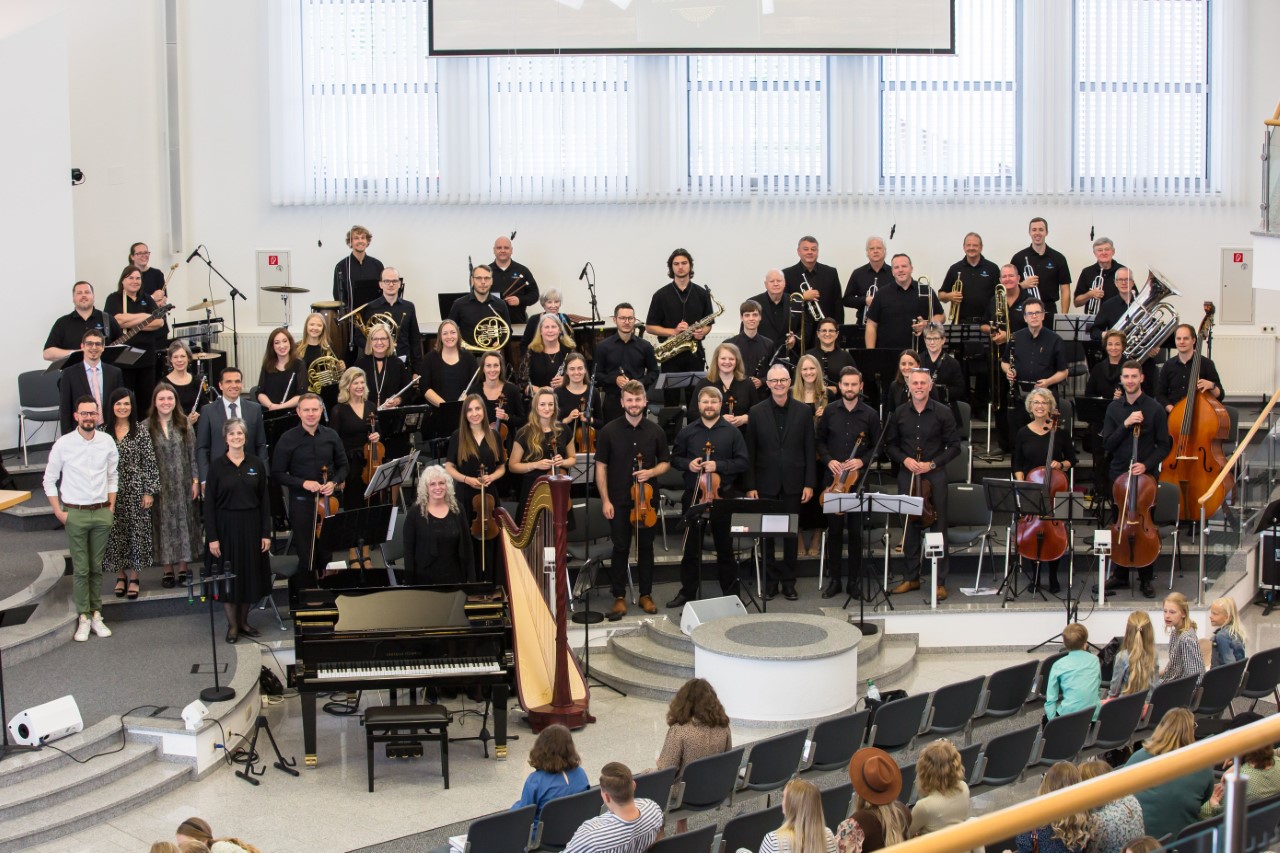 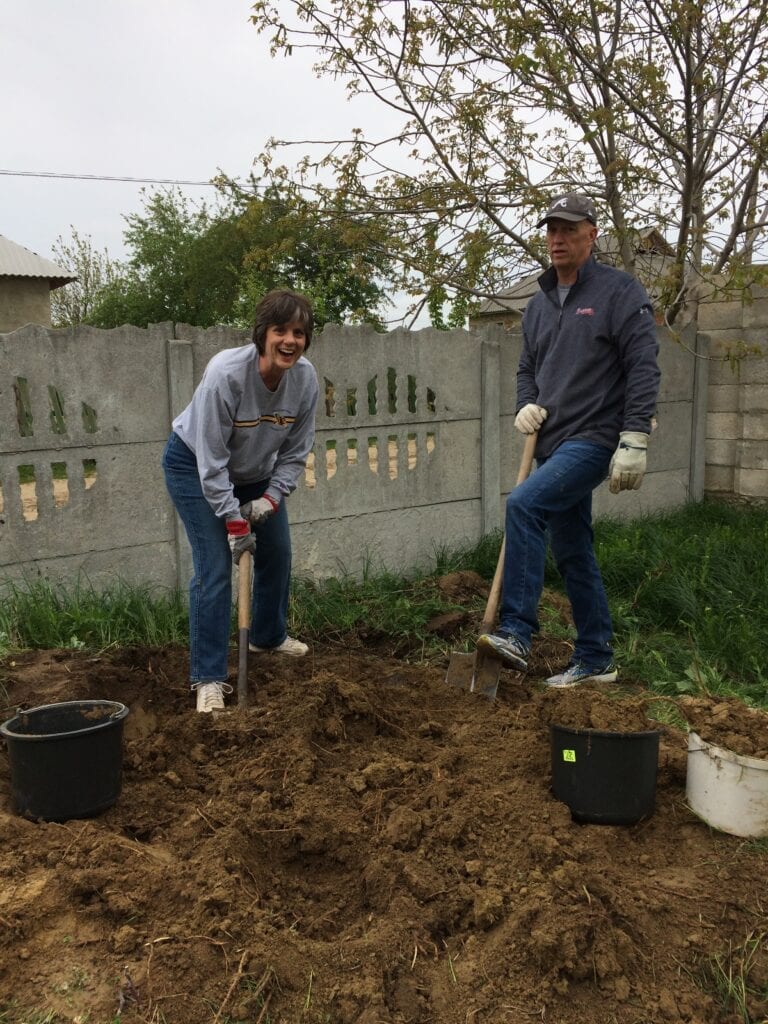 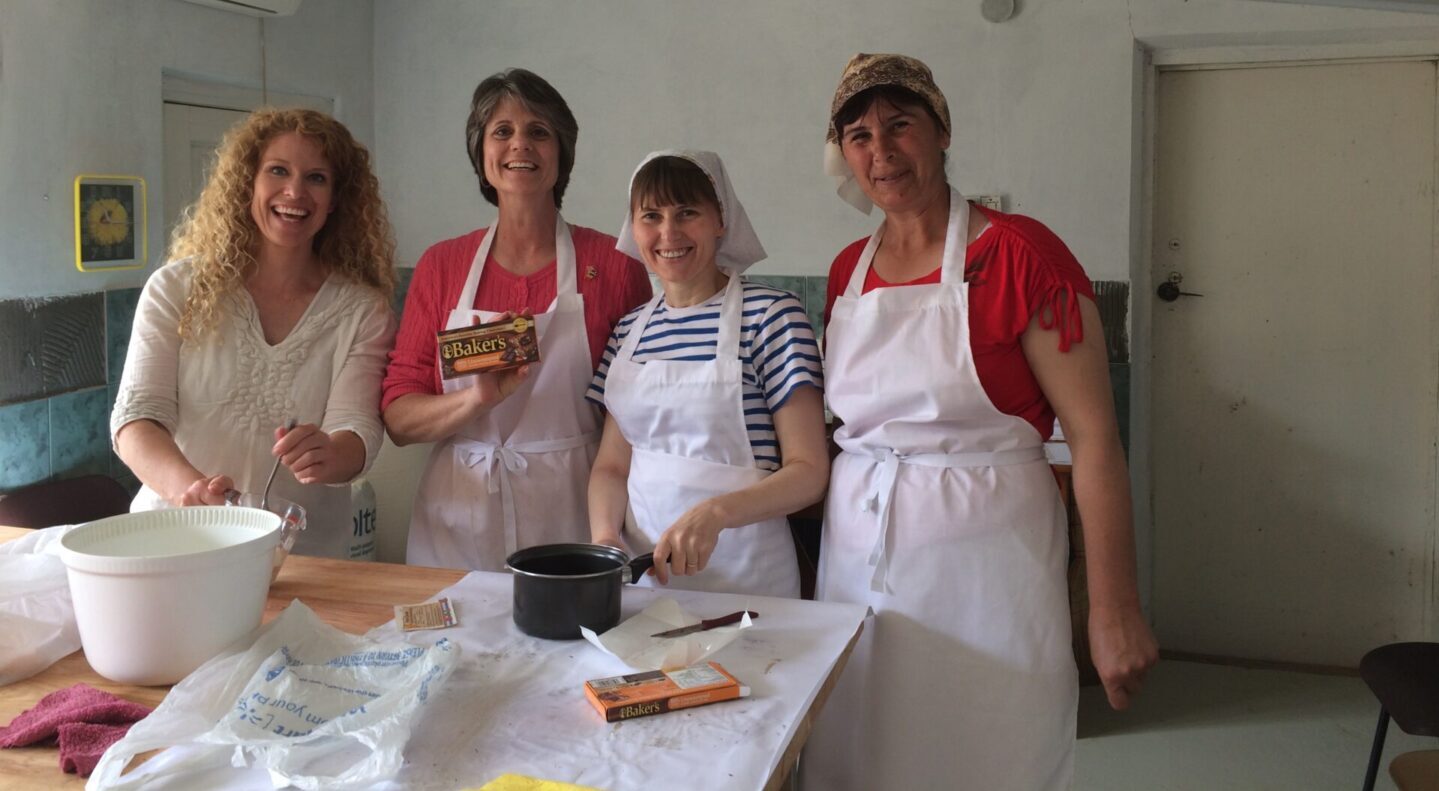 Moldova is a land-locked country in Eastern Europe bordered by Romania and Ukraine. Since its independence from the Soviet Union in 1991, Moldova has struggled to find its autonomy. Poverty is rampant throughout the country but does not thwart the hospitality of this small nation. The name of Jesus is best understood through acts of kindness to attempt to meet the desperate needs of families. Mission teams travel the long distance to Moldova to help construct mud houses, accommodate handicap citizens, teach English, provide warm clothing, promote agricultural interests, support the Christian church, feed the hungry, educate citizens with basic technology skills, arm against human trafficking, and seek useful community-centered projects that benefit the economy. The land is rich in Moldova and so is the opportunity to share the love of Christ. I’ve never seen a more diverse and dire mission field than what I encountered in this beautiful country.

"For you were slaughtered, and your blood has ransomed people for God from every tribe and language and people and nation." Revelation 5:9

In 2007 I had the pleasure of participating in the first ever Nebraska Native American Women's Retreat. This has become an annual missions event for the women of First Baptist Church in Birmingham, Alabama. I was able to return in April 2009 after missing the second retreat. Native American participation has grown each year reaching beyond the Nebraska borders into South Dakota. Below is an article I wrote providing greater insight into this ministry effort.

For eighteen years Alpha Goombi had a dream and a prayer for the Native American women of Nebraska. A Native American herself, Alpha knows the brokenness women of her culture face. Alpha and her husband, Ron, have worked as missionaries for over twenty years to bring the hope of Christ to the reservations of Nebraska and surrounding states. "It's an overwhelming task with a slow response," says Alpha. Still the passion burned within her to have a Christian women's retreat, but she needed a church partner open to learning the nuances of the Native Americans and willing to address difficult issues.

Alpha found her church while attending a Missions Conference at First Baptist Church in Birmingham, Alabama. She shared her dream with church member Karen Ott, who assumed the role as retreat coordinator, recruiting a team of fourteen mission-minded women. On May 4, 2007, Alpha's prayer was answered as the first Nebraska Native American Women's Retreat was held in Fremont, Nebraska.

The weekend retreat was attended by fifteen Native American women, who were greeted with a welcome bag and decorative nametag before being given a manicure and skin care treatment. Later a Native American meal of bison stew and frybread was prepared followed by Bible study, music, and worship. A study Bible was presented to each Native American present. They cradled their new Bible with pride, some holding it up to their face to smell their new leather-bound treasure. 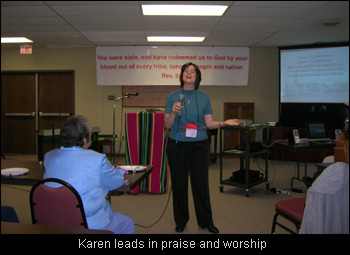 Stirring testimonies, door prizes, prayer, crafts, and challenging break-out sessions dotted the weekend. Session topics included how to study the Bible and Scripture memorization as well as navigating the legal system, managing diabetes, sexual purity, and dealing with discouragement. A favorite was craft time. It was a time of fun, camaraderie, creativity, laughter, and singing. Take-home crafts included faith bracelets, picture frames, and a heart-shaped box filled with God's promises. The Native Americans bonded not only with the women of First Baptist but also with the women from other tribes. Cultural barriers and stigmas were replaced with love, trust, and forgiveness. 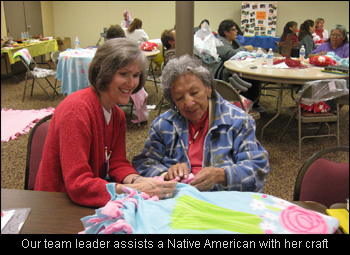 At the close of the retreat, hugs and tears, signing of Bibles, and contact information was exchanged. The women left with renewed faith united as sisters in Christ, vowing to come again next year and bring a friend. And they did. Twenty-nine Native American women from twelve tribes came to the second women's retreat held in 2008 and 40 came in 2009. Friendships were rekindled and prayer partners were formed as the love of Christ was deepened in the hearts of all participants. 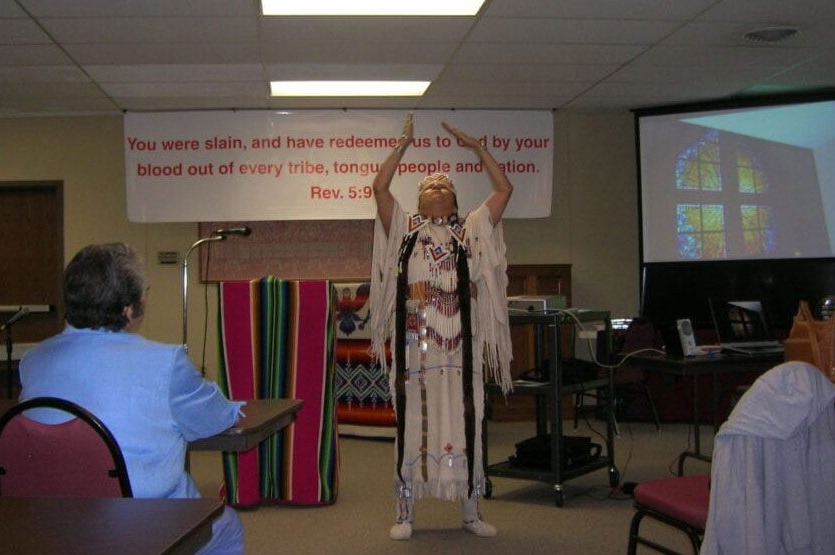 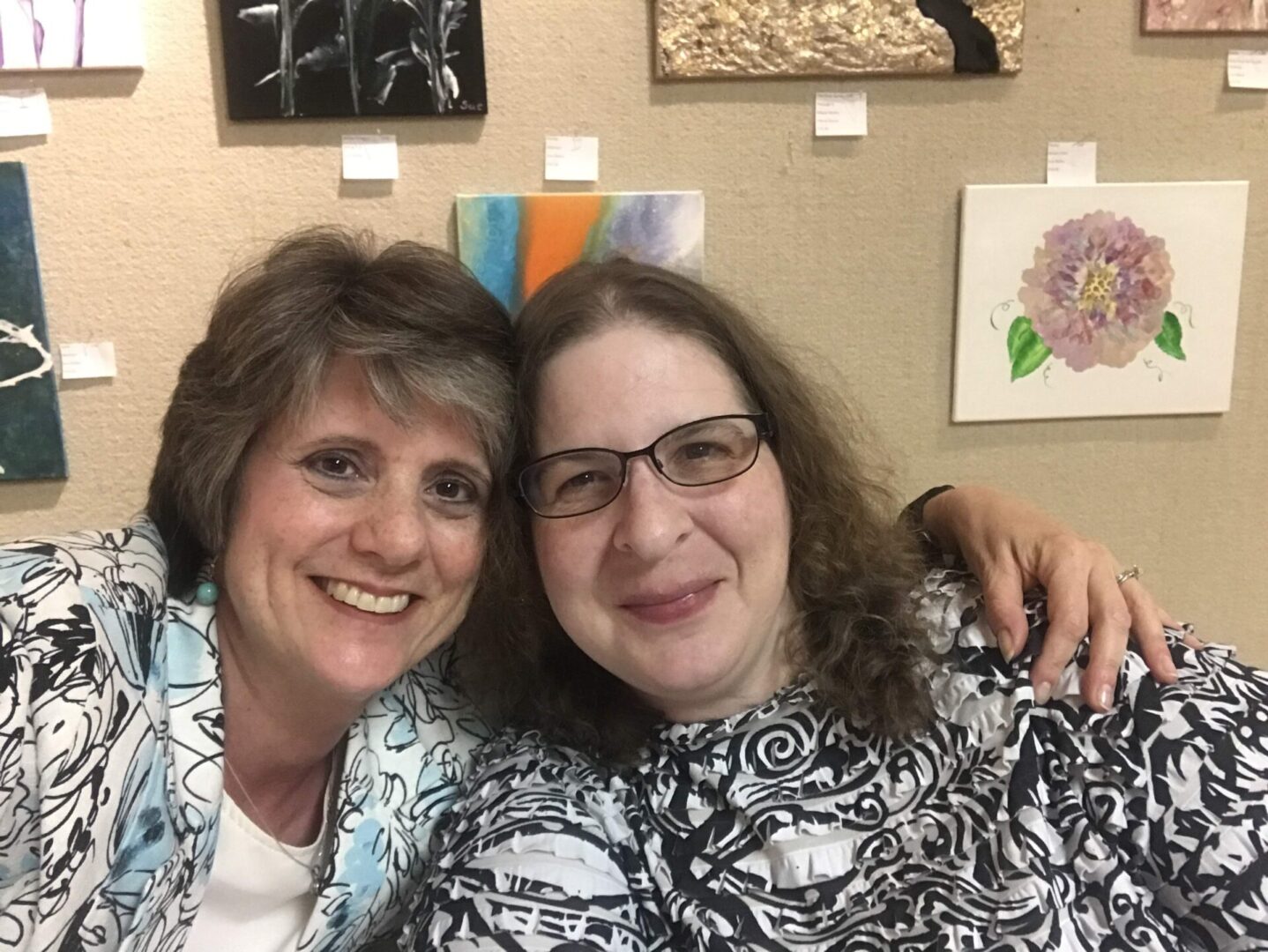 "We should help others do what is right and build them up in the Lord." Romans 15:10

1 in 5 people live with a mental health condition. Mental health conditions cover a broad spectrum including (but not limited to) bipolar disorder, depression, anxiety disorders, ADHD, personality disorders, eating disorders, obsessive-compulsive disorder, PTSD, and schizophrenia. A mental illness is just what it implies – an illness that affects a person’s thinking, feeling, behavior, or mood impacting day-to-day life and social interactions. Unlike a broken bone or heart attack, mental illness is invisible to those not personally experiencing it. Like the CEO of the National Alliance on Mental Illness (www.nami.org) says, “There is no health without mental health.”

Mental health concerns have become significant to me ever since I met someone with multiple diagnoses. I’ve learned more about mental health than I ever dreamed and have experienced more of their world than I could imagine. Through my involvement as a mentor, I am becoming more of an advocate to those with mental illness. I have accepted this role as an ongoing mission incorporating the love of Christ in my interactions. 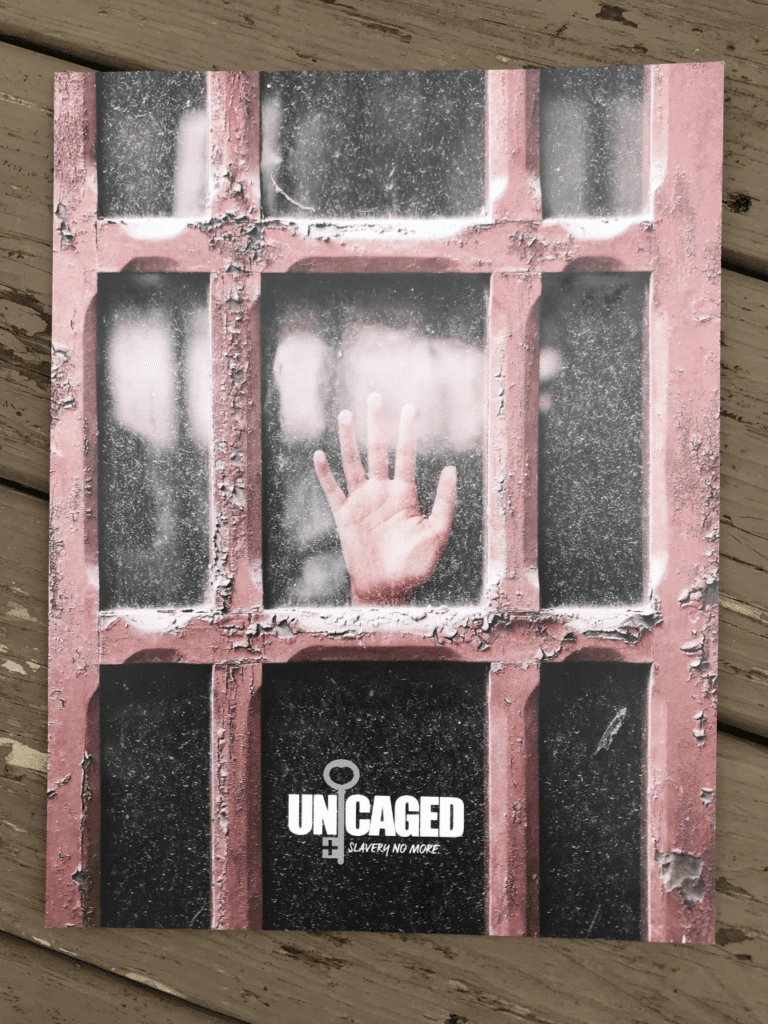 “The weapons we fight with are not the weapons of the world. On the contrary, they have divine power to demolish strongholds.” II Corinthians 10:4

Human trafficking is modern-day slavery. Globally, more than 45 million women, men, and children are victims to this dark and destructive evil of our time. Yes, I said 45 million! According to statistics provided by the United Nations Educational, Scientific and Cultural Organization (UNESCO), half of all victims are children. Every 26 seconds another child is sold into slavery. I was unaware of the broad scale network of this crime until two things happened: 1) I read that I lived near one of the busiest highway sex trafficking systems in our country and 2) I met a woman named Viorica in Athens, Greece.

Viorica helped establish a ministry known as Nea Zoi (meaning “New Life”). She kindly introduced me to the horrors of sex trafficking and how the ministry reaches out. A small group, me among them, took to the red light district of Athens, Greece. We watched and prayed as the doors of slum buildings opened and closed as men came and went. I’ll never forget meeting a beautiful young woman in scant black underwear accompanied by her Russian Madame. She was sad bordering on tears as she spoke of her child back in Romania.  Since the Athens encounter I have teamed up to help rescue and restore shattered hearts, minds, and souls through ministries such as Nea Zoi (neazoi.org) and Uncaged (uncaged.org). 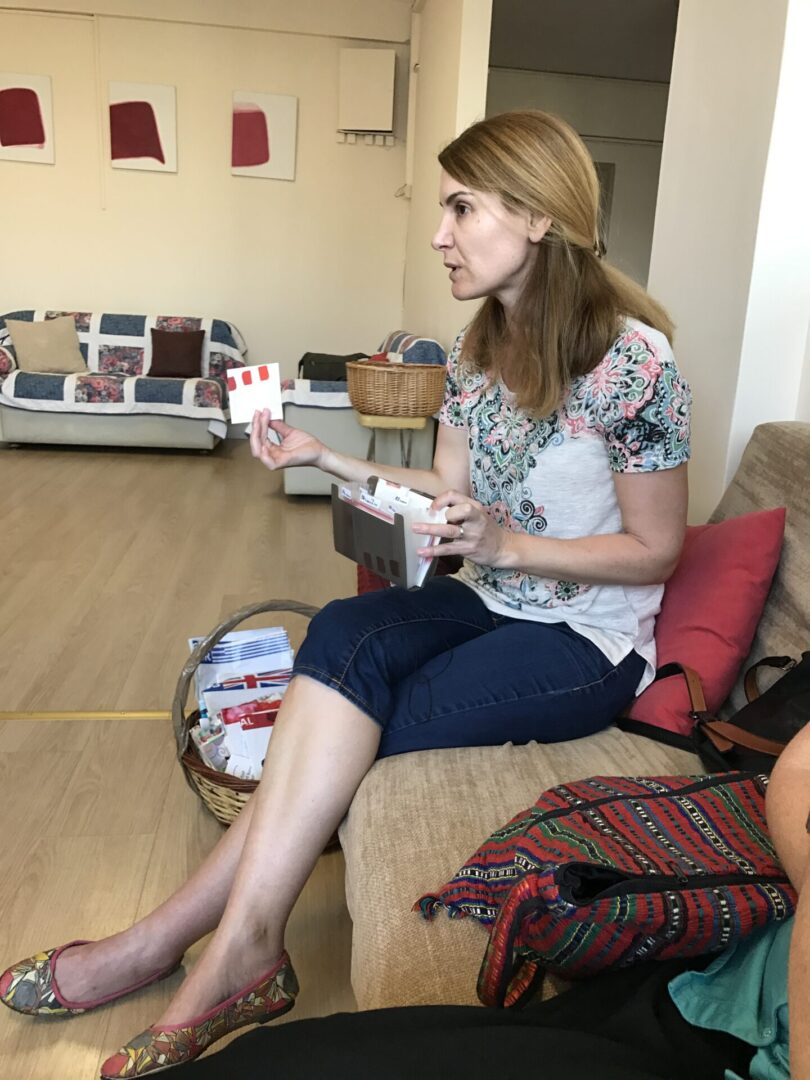