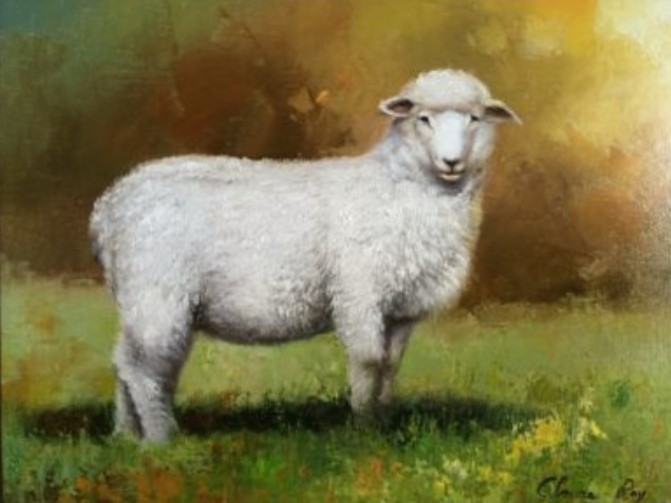 Statistics was not a course I had to take in college so I don’t have the disdain for statistics as some do. In fact I’m somewhat of a sucker for interesting statistics that illustrate a point. There are many crazy statistics in the Bible like feeding 5,000 people from 5 loaves and 2 fish (John 6); Gideon’s army of 300 culled down from 32,000 to defeat the Midianites and other eastern people who were “as thick as locusts” (Judges 7); the biblical Superman named Samson who killed 1,000 men with the jawbone of a donkey (Judges 15). Quite extraordinary statistics. There are plenty more where those came from to illustrate the power and glory of God but there’s one in Luke 15 that touches me in a tender way.

Jesus asks a question, “What man among you, if he has one hundred sheep and loses one of them, does not leave the ninety-nine in the pasture and go after the one that is lost, until he finds it?” A logical response might be, “Why would someone compromise ninety-nine sheep for one? It doesn’t make sense.” No, it doesn’t but apparently that is not pertinent to Jesus. It seems abundantly foolish to leave the ninety-nine sheep to hunt down one but that is precisely the point! God’s reckless love is so gracious He would do this audacious thing to demonstrate the depth of His love. Christian artist Cory Asbury wrote a song titled “Reckless Love” that speaks to God chasing us down and leaving the ninety-nine because of His overwhelming, never-ending, reckless love.

The parable doesn’t stop with finding the sheep. The passage goes on to say that the shepherd calls together friends and neighbors to celebrate the recovered sheep insinuating that the search is successful. In other words, the pursuit for the lost sheep is not abandoned until it is found. Once found, there can be rejoicing of not only the shepherd but of many.

Let’s look at this from the perspective of the sheep. I imagine the sheep is oblivious at first as to its lost status. After all, that’s the nature of sheep – to wander off and not realize it. Hence, the shepherd must always be attentive. The Bible says we are like sheep. “We all, like sheep, have gone astray” (Isaiah 53:6). We find a tasty nibble away from our comfortable environment, something savory and enticing. So we go after it moving forward one bite after another not looking back. Eventually we look up to find ourselves in need or in danger.

Thank goodness the shepherd is willing to leave behind the entire flock to go look for that sole straying sheep. “The Good Shepherd cares for His sheep” (John 10:14). Every one of them in the flock. He cares about each one of us enough to go search us out when we either purposefully or unconsciously stray away. His search may be long or short but we aren’t left wondering about whether or not He finds us. He does! Not only that, but He throws a party inviting friends and neighbors to come and celebrate with Him. What’s a party without food, drink, and decorations? I just held a party at my house for my mother who turned 89 years old. We had lots of food, drink, cake, and decorations as well as gifts and cards.