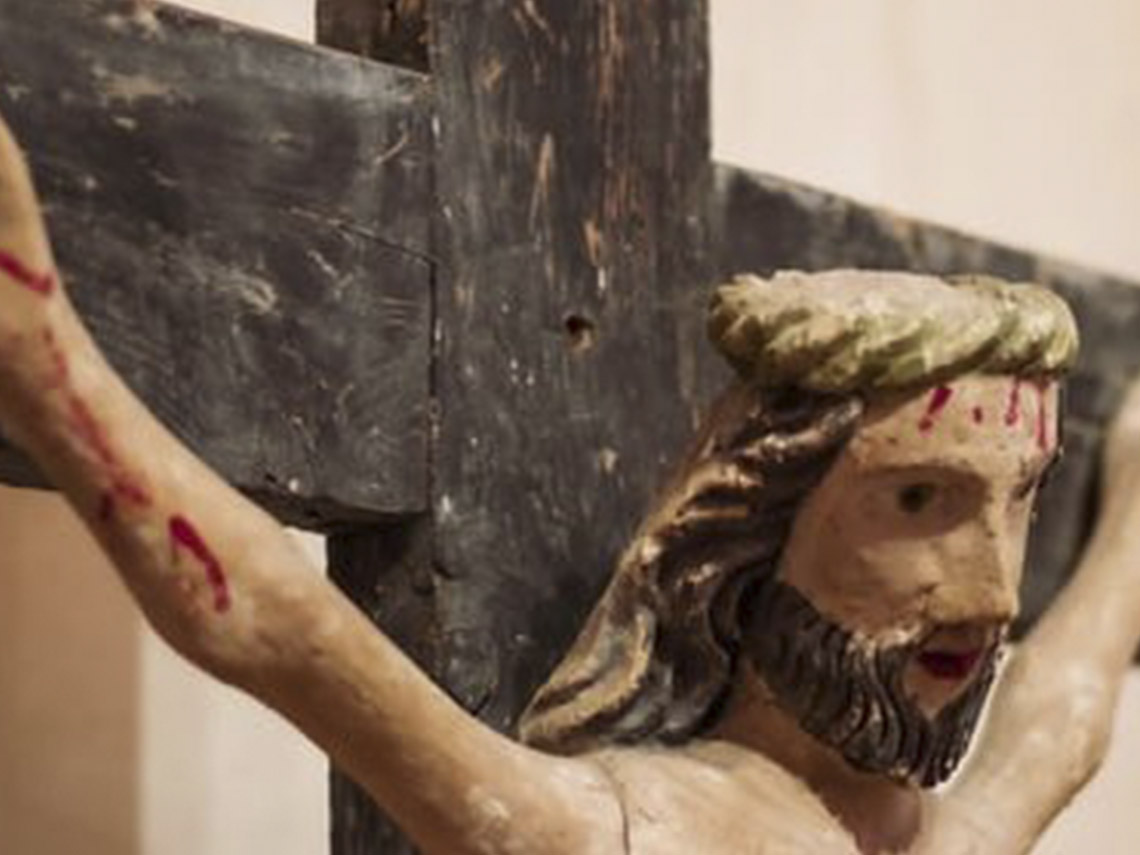 THE TORTURE AND DEATH OF JESUS

No doubt the coronavirus has significantly changed our lives these past weeks. I go to the grocery store wearing latex gloves now. I haven’t met with any of my friends for lunch since early March. I wash my hands more than I’ve ever washed my hands. And I’m actually kind of missing going to the gym! (Did I really say that?) While the virus may have impacted our daily living, it has not slowed down the arrival of spring. The vibrant color of green is painted in the trees and lawns and flowers are popping up everywhere. Furthermore, Easter is here, virus or no virus. The celebration will unfold in different ways this year with recorded services and virtual choirs. The aroma of lilies will not fill the sanctuary. For me, I shall miss being able to play majestic music on the organ accompanied by our church’s orchestra. Nonetheless, the glorious day will still arouse joy in the hearts of all believers.

Holy Week is coming to a close with today being Good Friday. There can be no greater blessing than the sacrifice of the Holy Lamb of Christ upon the cross. Indeed, ewe r blessed as am I.

Having worked my entire career in laboratory medicine and clinical trials, I’ve always been interested in the science of Jesus’ death. The details of it have been a source of intrigue to me. I seek to better understand the physiology of His suffering, how his body reacted to the torture it was forced to endure. Why? Because the depth of Jesus’ suffering helps me better understand the breadth of his love. His suffering was chosen and He felt the sting of every stripe upon His back. His divine nature did not negate His physical pain or mental anguish. The Bible says “our sorrows weighed him down.”

When I was working at the University of Alabama at Birmingham, I attended a lecture by visiting physician, Adam Johnson, M.D. He proposed seven hypotheses of how Jesus died. Before I address them, let’s remember that before Jesus was ever nailed to the cross He was already in a state of great distress. He sweated drops of blood caused by broken capillaries due to the immense stress He was under. He was scourged with a lead-tipped whip tearing the flesh on His back. He had a crown of thorns pressed into his head, one of the most vascular areas of the body. Much blood would have been lost. His beard was yanked out and He was hit in the face by the fists of mockers. All this before he was forced to walk 650 yards down the Via Dolorosa with a wooden cross whose crossbar weighed at least 70 pounds. Isaiah 52:14 says that “many were amazed when they saw him. His face was so disfigured he seemed hardly human.” Imagine the bloody sight.

We know that Jesus hung on the cross at Golgotha for a period of 6 hours before he died – a much shorter time span than the usual 18-48 hours. Roman soldiers did not break His legs to accelerate His death. This was customarily done so the guards could leave their post.

So how did Jesus die? What ultimately caused his death? Here are seven hypotheses offered by Dr. Johnson along with their arguments:
1) Pulmonary embolism – blood clots form with blockage of blood flow
Argument: Jesus was not completely immobilized possibly allowing for some blood flow. He more likely bled rather than formed blood clots.
2) A broken heart (cardiac rupture)
Argument: Death occurs quickly with cardiac rupture.
3) Suspension trauma – blood pools in the legs with decreased blood return to the heart
Argument: There was some amount of movement allowing blood to flow.
4) Suffocation – Breathing would be labored due to lack of muscle strength. Intense pain would occur with each breath due to nerve involvement.
Argument: Jesus cried out with a loud voice while on the cross; suffocation would not have allowed this. Scientific research has shown that breathing is not compromised with outstretched arms on a cross. The lungs do not expand as was once believed.
5) Fatal stab wound – The spear probably entered the lung and could have pierced into the heart. Pleural effusion is likely the “blood and water.”
Argument: Jesus had already died when the spear was thrust into His side.
6) Profound shock – a combination of events would induce profound shock. There would have been a depletion of the body’s ability to provide oxygen. Heart failure would lead to cardiogenic shock. There would be a distributive compromise of acid build-up within the internal organs. Blood pressure would drop due to blood and fluid loss.
7) Trauma-induced coagulopathy – blood would not be able to clot causing free bleeding

Clearly, suffering occurred on the cross leading up to death as described from any one of the hypotheses. As mentioned, the suffering was compounded with the prior torment and the nail-pierced wrists and feet. (An interesting sidebar: there is no Aramaic word for “wrist” so that may be why the Bible uses the word “hands.”)

Scientists will forever debate their conclusions, rationales, and research methods. The Shroud of Turin may offer some insights into the horrors of crucifixion as well as documents from Nazi concentration camp executions but the Bible is the primary source of information regarding the effects of crucifixion. No historical evidence is available because the Romans mercilessly left the corpses to rot on the cross as a final act of humiliation. Corpses were eventually disposed of purposefully so that family members could not recover them. However, Jesus’ body was allowed to be removed from the cross and buried in an unused tomb after Joseph of Arimathea went to Pilate to ask for permission.

So how did Jesus die? We don’t know with certainty but this we DO know. His death frees us from the power of sin although He, Himself, died sinless. His unfathomable love has no measure. His unrelenting grace makes no distinctions. His compassion cannot be contained. His mercy is new every morning. His salvation is available to all from any nation, tribe, or culture. His glory reigns eternally. His holiness was, is and shall forever be proclaimed by the living beings in heaven who surround His throne day and night.

Jesus conquered death three days after being buried. He arose from the tomb as He said He would and the prophets foretold. Christ is risen! Christ is risen indeed!